Jim Proudfoot is one of the most recognisable and prolific sports commentators on Television and Radio.

In a career that has spanned more than twenty years Jim has covered more than two-thousand football matches, including commentating on four World Cup Finals, and three European Championships.

Having started his career as a news journalist with TFM Radio on Teesside, Jim became the youngest member of the award-winning Capital Gold Sports team in the mid-nineties. His break into national radio came with talkSPORT, for whom he was the number one commentator for eight years, during which time he broadcast from countless internationals as well as Champions League Finals. 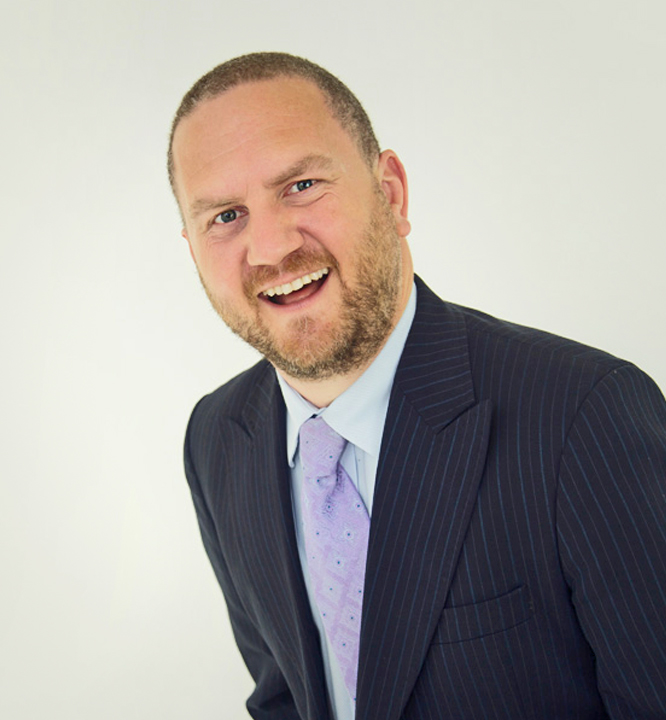 Jim started his television career in the late nineties as a regular freelancer for Sky Sports, commentating on Premier League matches for highlights, Under 21 internationals and Masters football, as well as reporting for the acclaimed Soccer Saturday. A move to Setanta Sports followed, with live commentary on both the Premier League and the SPL, as well as being the chief commentator on the station’s extensive European football output. He was then asked by ESPN to fulfil a similar role, and broadcast more matches on the station’s British channel than anybody else, again including EPL, SPL and internationals. He also worked for ESPN’s American operation at the 2010 World Cup.

In 2010 he moved to Absolute Radio for the launch of Rock N Roll Football, as an integral member of the team alongside Russ Williams and Ian Wright, where his passionate calling of the games and no-nonsense punditry helped build the station’s huge football following. He oversaw the logistical organisation of the Euro 2012 coverage, as well as commentating on the event in Poland and Ukraine.

Jim’s wide range of work commitments also includes weekly appearances on worldwide television, as a regular part of PLTV’s team broadcasting matches from the Premier League, as well as commentary for Sky Sports, and for News UK’s Goals App for the Sun and the Times.

Jim has also turned his hand to other sports, covering the Rugby World Cup, Wimbledon and Cricket; but has recently become associated with Darts. He was an integral part of the coverage of the 2013,2014 and 2015 Lakeside Darts World Championships on the BBC and 2016-17 for BT and Channel 4 as well as other events on the PDC and BDO circuits for both ITV and ESPN.

Throughout 2022 Jim continues to commentate for PLTV every Saturday and Sunday as well as commentating for TalkSPORT on all their Premier League matches.

Away from work, Jim is married and spending an increasing amount of time as taxi driver to his three children. He has a keen interest in music and genealogy.